Paintings from the model

Harry Carmean’s figure paintings are just about always created from his imagination but there are a few exceptions in which he painted from a live model. Carmean prefers to work from his imagination, often using multiple preparatory drawings rather than setting up models.  Models seen in Carmean’s paintings included the well known artist's model Lala Lezlie (there is an earlier blog on her), Jack Albee (a mime),  Lila Livingston, - a dark haired ballerina whose features are in some of Carmean’s acrobat paintings of the 1980's, and Maureen Tilyou, the woman seen here seated in the red chair. 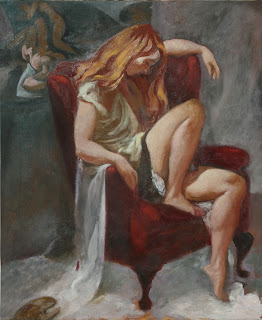 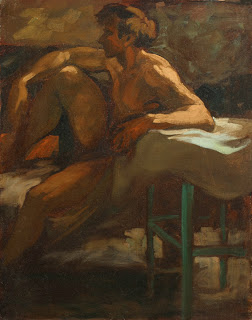 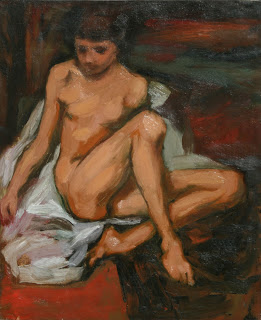 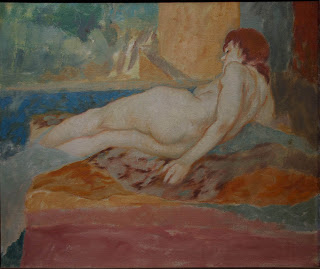 Posted by Miriam Slater Art and Life Blog at 14:48

Miriam Slater Art and Life Blog
I have been studying and creating art all my life and am married to figurative artist Harry Carmean - we have been making art together for forty years and so am sharing some of what we have done in this and related blogs.